THEY WANT YOU TO PERFUME THE SEWERS

Summer is a great time to read. If your passion is community murals you're in for a special blog treat. I’ve been rereading “Towards a People’s Art: The Contemporary Mural Movement 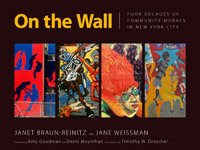 (1977) ” by Eva Crocroft, John Pitman Weber, and James Cockcroft. So I was jazzed to see a sort of compendium book just released entitled “On the Wall: Four Decades of Community Murals in New York City” by Janet Braun-Reinitz and Jane Weissman of Artmakers. The release of this book following the elections and conversations about a new WPA is perfect timing. There is a fantastic conversation that accompanies this book on the New York Times blog.

So it’s in this spirit that I offer you, my dear readers, a bit of delicious summer reading. My friend and colleague muralist, author and teacher Mike Alewitz send me this speech by Meridel Le Sueur (1902-1996) delivered in 1988, by video, to the Alliance for Cultural Democracy conference in San Francisco. Meridel Le Sueurs' powerful voice continues to inspire and teach us. She literally had a powerful, compassionate, commanding voice and presence. 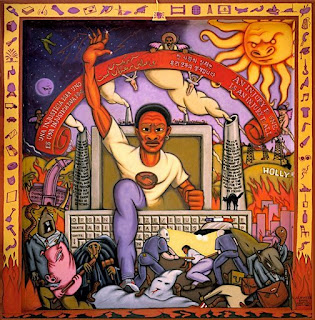 "An Injury to One is an Injury to All" Mural, Mike Alewitz
No matter your political perspective this writing helps fill some important gaps in community art history. In this period of great hope and transformation looking back at our roots is critical as we decide how best to proceed.


THEY WANT YOU TO PERFUME THE SEWERS

I bring greetings from the Middle West and also from Time. On February 22, I'll be 88 years old. I've been a writer, an artist in the Middle West, trying to find out what the true image is of our time and our country.

Engels said in 1877 there were only two subjects for the artist, for the creator. One was the moribund dying society, 'the corpse' he called it. The other was the newborn, being born out of the corpse, the new people, the new consciousness, the young child, the image of humanism. 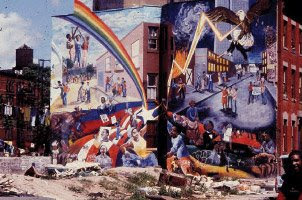 Now we see this actually happening. It's no longer a theory to say "the rising of the working class " as we used to say in 1916 in the First World War. It seemed like a dream. Today you look at your television in the evening and you see the people rising. You see the children throwing rocks at the army; you see the brutal resistance of the dying class, 'the corpse' as Engels said.

Imperialism is dying. I don't think they have any way of even saving themselves. They're committing suicide by cutting off the food, causing famines, exporting our products to other countries and selling them back to us. It would be like an Alice in Wonderland death if it wasn't so horrible.

I don't belittle the dangers of the bomb at all, but even these dangers very often bring us together in unity, in a global unity and certainly in a consciousness of the dangers. We see now that we didn't even dream of the viciousness, of the deadliness, of the willingness to risk complete global and cosmic death; of the capitalist class. The middle class is also falling down into the working class and betraying its interests. They have too much to protect to move against death. Death is the only product of imperialism today. It's an obvious problem. They tell us they are going to kill us, and they do kill us.

So the artist has a great wonder and a tremendous influx of new life and at the same time has a great responsibility, because he must bring his skills to the rising people who contain the creation of the new world. It no longer exists in the middle class. It no longer is any good to get the grants. They just want you to perfume the sewers. They need artists to bring perfume to the terrible stench of their death. It isn't doing the artist any good. There is no place to go except to the struggle of the people today. There is no place for the artist. There is no artist arising except from the struggle of the people.

We see now that all culture comes from the people, comes from the struggle of the people. In America, middle-class culture has obscured the great vigor of American people's culture. I came up from the farm culture. When I was young there was farm music, the farm songs, a great culture of the Midwest farm and the democratic forces in the Middle West, and radical organizations like the IWW.

The IWW is something for you to look at because, there, culture was part. It wasn't separate. It was something you just brought out. Culture was part of the struggle. You could only be a poet or an artist if you were a worker, a revolutionary. The IWW taught me that culture is part of the struggle of the people. It's not separate. They never had a meeting they didn't open with poetry. They painted. They had cartoons. Their culture was immense, but more than that, it was a culture of the people. I once saw a group of IWWs learning poetry, learning Walt Whitman, in preparation for going to prison because they didn't have books, so they learned poetry. When going to the same prison they each would learn a different poem so they could bring their culture to prison.

Culture was part—it created a tremendous audience. In 1913, John Reed worked on a tremendous production in Madison Square Garden, put on by the strikers of Patterson. We used to put on affairs here from the farm. We had music, poetry, books. There is a tremendous culture, which is almost unknown and is now in danger of disappearing, like the black culture, like the ethnic cultures of the Norwegians and the Scandinavians.

This is coming up in our culture like a Vesuvian release of energy and its just beginning. Recently in the Austin strike, there was a wonderful example of the artists emerging out of the struggle. They've had a mural, which the reactionaries destroyed.* They had wonderful music. They had theater that just came out of the struggle. This is where it comes from. Go where it is. Go there. That's the only place there's life. That's the only place where there are any kind of images.

The new images are coming from these struggles. The farm struggle recently here, for example, was one of the greatest uprisings of culture in the Middle West. The grief, the tragedy, the images... People, farmers, committed suicide. They were looking for images of their struggle: seeing their struggle as a long history, for the first time, as inevitable.

In the thirties, the workers and farmers saw that the factories would open up again, saw that there would be again prosperity even. Today, they know there is not going to be a "good" war. They know the factories are not going to reopen. The work has been exported to cheap labor in foreign countries. The steelworkers know as they are struggling and struggling to open those mills. The worker knows that there is going to be no "good" war. That there is no prosperity. That there is not going to be an end to exploitation. This in itself is a great cultural vision, a vision that is true, a vision that is possible. It is not only possible, it is necessary; it is the only continuation of the struggle of man to exist.

So I feel wonderful for you young people. It's a wonderful thing to be here now, stripping some of the illusions of bourgeois culture—the illusions of getting into those galleries, the illusion of becoming a prostitute to bourgeois culture. It’s not possible anymore, except maybe for a few. The grants are being cut off. They're not going to give out these grants anymore. They didn't work. You didn't come in and perfume the sewers. And thank God, we're not going to have those kinds of grants anymore.

What we need now is something like the WPA where a democratic culture can be supported, and a democratic audience. One of the great things about the WPA was its raising of the audiences' consciousness. There was an audience for art; there was an audience for murals. We started here a farm collective, a painters' group for the farmers to paint during the winter and have farm exhibits, this is where your audience is. The middle class is not a rich audience anymore. They don't have the images anymore. They don't have the truth.

So this is what is happening. It's revealed. It's not a secret any longer. They can't keep it a secret. What those bastards do in the morning is on TV in the evening. It's impossible to be secretive. They tell upon each other, in fact. They can't keep a secret from each other. You are living in a time when the front door is open, the road is open.

You don't even hardly have to choose—it's between life or death. It's between what supports creative culture and what is death to it. It isn't even a choice. It's inevitable. It's just there. You have to live it. You have to be it. You have a chance to become part of this struggle. As the Communist Manifesto ends; the only people who will save the world are those who have nothing to lose but their chains.

This is what we see in the colonial countries. People driven to hunger, to death, who literally have nothing to lose, who really rise up on the horizon on all scenes. Those great meetings are not any longer the little meetings, but the meetings of millions of people demanding life, demanding the image, the true image. So this is what you have now for your life; to go into this great life, this great new force.

We used to say, "Workers of the World, Unite." Well now we have no choice. It's inevitable. They have to unite or die. So it’s not a dream any longer. It's not a hope any longer. It's a presence, a wonderful living presence.

I'd just like to read a piece of mine that I wrote years ago, and this I hope would be the keystone in the temple of your meeting together:

Let us all return.

It is the people who give birth to us, to all culture, who by their labors create all material and spiritual values.

No art can develop until it perpetuates and penetrates deeply into the life of the people.

The source of American culture lies in the historic movement of our people, and the artist must become voice, messenger, organizer, a wakener, sparking the inflammable silence, reflection back to the courage and the beauty. He must return really to the people, partisan and alive, with warmth, abundance, excess, confidence: without reservations, being cold and merely reasonable; or craftiness, writing one thing, and believing another; not being a superior person, even superior in knowledge, in theoretical knowledge, an ideological giant, but bereft of heart and humanity.

A remarkable writer and life-long agitator, the biography of Meridel Le Sueur can be found at http://www.mnhs.org/library/findaids/00323.xml

Very interesting post. I'm a muralist artist too and you blog open for me another side of monumental painting...
Thanks :) 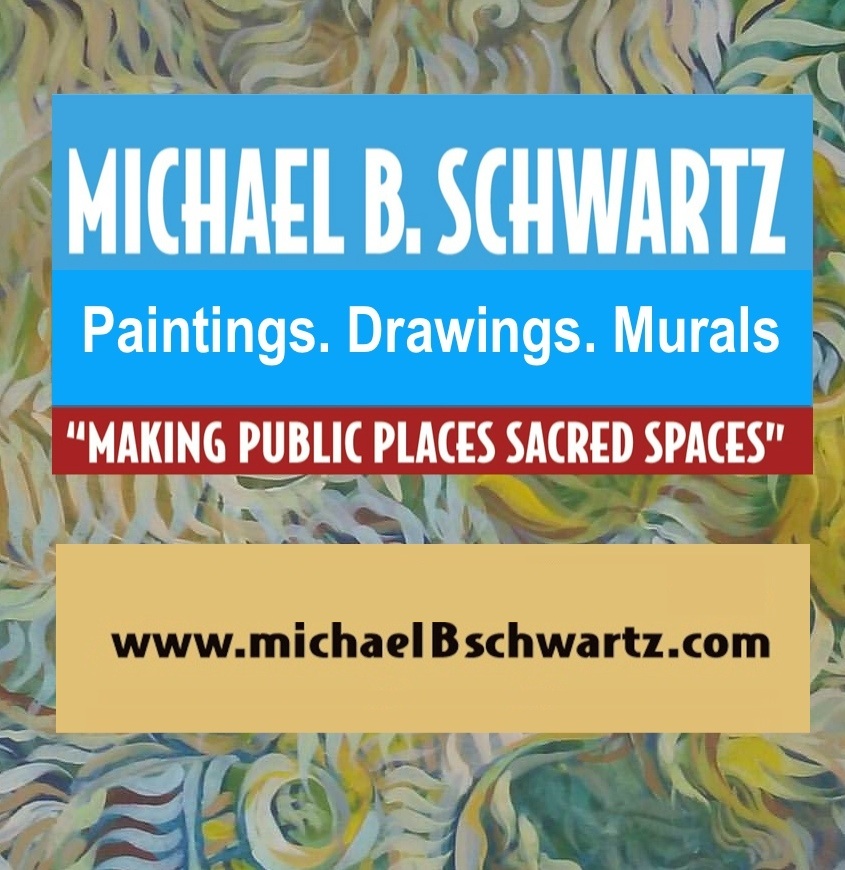 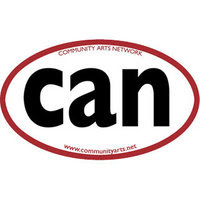